What Did the United Nations Buy Last Year?

According to a recent report released by the UN, last year the United Nations increased its overall volume of procurement as compared to that of 2015 by 0.8 percent.  In US dollars, this translates to a $137.2 million change from roughly $17.6 billion to $17.7 billion.  While many organizations saw a decline in procurement volume during 2016, six organizations including the WFP, UNDP, and UNHCR experienced an increase greater than 20 percent. The increase is largely attributed to differences in the operations of these six organizations brought on by the expansion of administrative services, new and ongoing projects, and the refugee crisis which also triggered the addition of the International Organization for Migration (IOM) to the UN system. 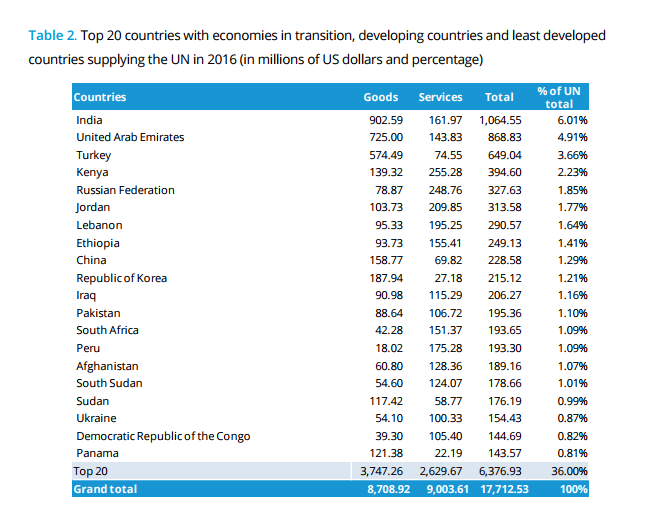 Providing updates and introducing innovations on procurement strategy, the 9th Global Disaster Relief and Development Summit will take place September 6-7 at the Ronald Reagan Building and International Trading Center in Washington, D.C. Miguel Alvarez, Officer in Charge of the Field Supply Team in the United Nations Procurement Division will take part in a panel at the Summit on Emergency Procurement Strategy.  You can register for the Summit here.

Be part of the humanitarian aid and development community!

Register now to receive AIDF's newsletter with insights into latest trends, innovations and best practice in the humanitarian and development sectors